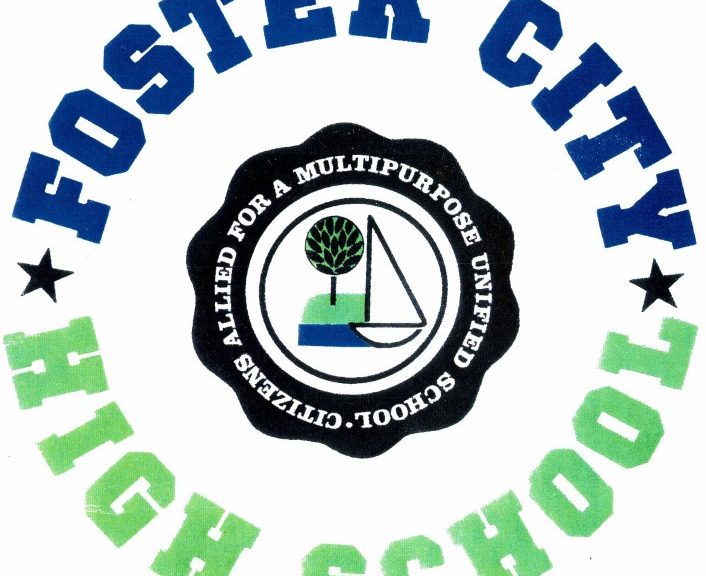 by: Citizens Allied for a Multipurpose Unified School

Open the PDF to see many articles, charts, and news from the 1990’s.

Our reasons for seeking unification are probably familiar: Build a community
high school; end student bussing; exercise local control over school issues;
plain old community pride. But, if the reasons aren’t unique, the history is.
As a relative newcomer to the mid-Peninsula, Foster City’s growing pains
have occasionally strained the harmony with its more established neighbors.
Nowhere is this more true than with our schools, where Foster City has
struggled for almost thirty years to provide facilities that are routine in
similar-sized communities.

In the late Fifties, a group of developers headed by the Foster family unveiled
a plan for a new Bay Area community on the site of Brewer’s Island. Since
most of this urrinhabited-mudflat fell within the boundaries of the San Mateo
elementary and high school districts, they became the responsible agencies
by default – and they didn’t like it. It is a matter of record that both school
districts opposed the project, urging their constituents to contact state
legislators to derail the plan. The controversies have rarely abated since.

Despite opposition, the California Legislature passed the Estero Act in 1960,
authorizing the sale of development bonds to create a brand new community,
Foster City. The land was then filled, roads and utilities added, houses built.
The first families arrived in 1964 and the first citizens group, the Foster City
Community Association, formed soon thereafter to grapple with the
immediately difficult school situation.

The Struggle For Elementary Schools

The two school districts reluctantly accepted Foster City students – but only
where there was room in other communities. After the Foster family donated
a school site, “temporary” (portable) classrooms were erected in 1966 to
house some 400 children. These “temporary” classrooms were used for
regular classes until 1985.

Seeing no progress toward permanent schools, residents joined forces with
the developer to raise construction money with a bond issue. The San Mateo
elementary district was decidedly cool to the idea of raising taxes to build
schools in a then-unincorporated area. Tired of the foot-dragging, the Foster
family threatened to withdraw the donated land. The impasse was resolved
when the bond issue was broadened to include another school within the city
limits of San Mateo. With vigorous support from Foster City, the measure


won and Foster City got its first permanent schools: Audubon (K-5) in 1968
and Bowditch (6-8) in 1969. Despite a burgeoning population, it would be
fifteen years before another school would be built in Foster City.

The High School That Never Was

During this period, high school students were bussed as far north as
Capuchino High School in San Bruno — easily a thirty minute ride each way
and enroute passed several high schools where they were not welcome.

In the late Sixties no one denied that Foster City should have a high school.
With 16 acres again donated by the Foster family, the San Mateo Union High
School district bought an _adjoining 40 acres. These 56 acres – in the center
of Foster City’s growing population, adjacent to civic buildings, with wide
boulevard access on two sides – were the cornerstone of Foster City’s hopes
for community-based education. The district erected a billboard on the site
announcing as much.

But by the early Seventies Foster City’s aspirations ran afoul of Baby Boom
demographics and Peninsula politics. Though Foster City and its high school
population continued to grow, district enrollment was declining everywhere
else. In 1974 the Board of Trustees sought a tax increase to stave off school
closure. Every city in the district voted it down.. .except Foster City. Without
a local school, Foster City students now became attendance wildcards, useful
for keeping open schools that otherwise might close.

A Case Study in Frustration

Burlingame High School is a telling example. Enrollment there was not only
declining, but the school was old and within blocks of a larger school. The
district offered a plan: close Burlingame High and build a new school in still-
growing Foster City.

Burlingame citizens were outraged. In large numbers they forcefully
protested the loss of community pride and identity, loss of synergy with their
city’s youth programs; the burden that commuting imposed on students and
their families. The Board was swayed, the plan was scraped, and millions
of dollars were pumped into Burlingame High. In Foster City, rumblings of
unification were first heard.

No one blames the residents of Burlingame for preserving what they held
dear. That Foster City families might have had the same aspirations for their
children and their community was brushed aside as the district now “proved”
that bussing was cheaper than building.

What to do with those prime 56 acres in Foster City? The district had long
wanted a separate “continuation school” for the small percentage of students
who were not progressing on the regular campuses.

In 1977 district trustees proposed building this school on Foster City’s “high
school site.” Now it was Foster City’s turn to be outraged. Both elected
officials and private citizens pleaded with the district not to enact a plan that
would foreclose on the chance for a community high school. The Board of
Trustees listened attentively, thanked the speakers for voicing their
concerns.. .and voted unanimously to put the continuation school in Foster
City.

This was a stiff dose of Realpolitik: A Johnny-come-lately to the mid-
Peninsula, Foster City just didn’t have the clout of its sister cities. Within
days a unification petition was circulating.

The petition worked its way through the required hearings, was favorably
endorsed by the County Committee on School District Organization, and
landed in Sacramento in May 1978. But in June, California voters passed
Proposition 13 and the resulting uncertainty over school funding prompted
the State Board of Education to “temporarily” table the Foster City petition.

However, during the unification campaign most of Foster City’s elected and
appointed leadership changed hands due to unrelated controversies. Now
a key petition organizer (and Chairman of the City’s Education Committee)
moved out of the area. Eventually the high school district found a less
controversial site for the continuation school. The petition was never heard
from again.

Too Close For Comfort

The district soon moved to sell the “high school site” and eliminate any
further agitation about a new school. Foster City fought a delaying action
but, after all, the land belonged to the school district. Inevitably there was
a compromise: The district deeded roughly one-half of the site to Foster City
and the remainder was rezoned to permit commercial development. In 1984
the district’s portion was sold to a builder of multi-unit housing. On an
investment of $800,000, the SMUHSD reaped an $11 million windfall, all of
which has gone to enhance schools in other communities.

Foster City now faced the prospect of permanent bussing. After Prop. 13,
parents were required to pay for the privilege of bussing their students out
of town — about $180 per student per year. The service is limited, does not
accommodate after school activities well, and carries only those students
assigned to San Mateo High School. Students in Foster City’s western

neighborhoods are assigned to Hillsdale High, which is officially “within 3.5
miles,” the district’s definition of “walking distance.” Limited commercial bus
service is available.

Where We Are Today

Enrollment is rising. The 1990 Census, various State and local forecasts,
and the SMUHSD’s own data predict that within five years there simply won’t
be space for the growing enrollment without a capacity increase. Since
Foster City students are “already on the bus” (as one former trustee phrased
it) there is great concern that Foster City children will again become the
district’s “foster children” and simply be sent to wherever dwindling space
allows.

To these concerns district trustees (none of whom live in Foster City) have
implied that Foster City residents spend too much time worrying about the
past. When asked directly for assurances that our children will not again be
bused to remote schools as classrooms fill, the trustees have replied that
they simply cannot make special promises to a single community. From the
petitioner’s perspective, the fact that Foster City is now the largest city in
California without a high school already makes us distressingly special.

When approached last year by the Foster City Council to explore options for
a local high school, the board unanimously voted not to even discuss the
issue. As the Board president explained at the time: “This really is an issue
that the people of Foster City have to wrestle with.” We agree.

That’s the background of this, Foster City’s second drive for school
unification. Undeniably the lack of a high school is a primary concern. But
as residents learn more about school unification, other benefits are seen:
local control of school issues, better articulation between middle and high
school curricula, more community involvement. As one resident phrased it:
More unity in the community.

We are not asking the State to impose anything on anybody, nor are we
asking the State to build a high school for us. We simply want the chance to
vote on this important, long-standing issue and to finally determine – for
ourselves – what the future of public education will be in our community.

Please grant us that chance.